A short, pleasant 20 minute drive from downtown Ottawa, taking highway 31 (Bank St. South), will find you in the Village of Greely.  This small bedroom community has become the fastest-growing village in the area owing mainly to the fact of its close proximity to Canada's capital. 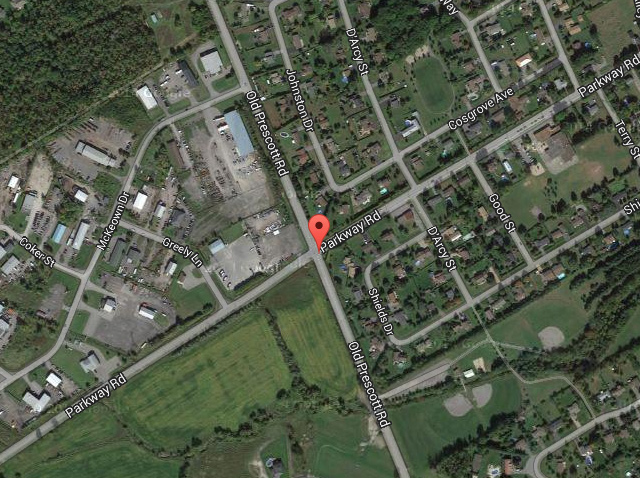 Greely was one of many villages, towns and cities to join the Ottawa amalgamation in 2001. Bounded by Bank St. and Mitch Owens Road by both the north and east and on the west by Manotick, Greely could presumably have as many as 1700 more family dwellings built within the next several years.

One of Greely's busy spots seems to be their grocery store, Foodland. It is open 24 hours a day, seven days a week complete with deli and LCBO.  Several Elementary Schools and High Schools are within village limits as well as a Fire Hall, Legion, two gas stations, restaurants and Public Library. Over one hundred businesses are listed as being part of Greely. A large Business Park is just on the outskirts.

The Greely Family Medical Centre is located in town. Larger hospital facilities are just a 20 minute drive from the village in the city of Ottawa. Nearby, the communities of Metcalfe and Osgoode have Dental Offices. The Greely community also has an animal hospital for all your pets' needs on the east side of Bank St. across from Parkway.

Softball and the Greely Grizzlies Hockey teams are always looking for new players during seasonal games and practices. In this small village, parks and greenspace abound! Sporting facilities are also found in nearby Metcalfe, Manotick and Osgoode.

Surrounded by golf courses, one could theoretically play at a different venue each day of the week!

If commuting into the city of Ottawa on a regular or daily basis, there are a few options to consider. The closest OC Transp 'Park and Ride' lots with free parking are:

The Ottawa International Airport is about a 15 minute drive just northwest of the village and access to Hwy 417 east of the the Village of Greely.

When you're ready to call Greely "home" - let us know! We'll help you find a home that's the perfect fit!

Also known as a residential subdivision, Greely's homes are mainly detached properties comprising half an acre to two acre lots. Townhouses/rowhouses can also be found in the village. Properties have their own wells and septic systems with the exception of the Shadow Ridge Subdivision in the South part of the Village which accesses its water and sewage services from the City of Ottawa. This service may also be expanded to accommodate the development of the nearby 'Cadieux Lands'. The city hosts an annual 'Well and Septic Workshop' on their care, maintenance and use for those needing more information.  Property values range up to $2,500,000.

Live in Greely? Find out what your home is worth.

See Homes for Sale In Greely